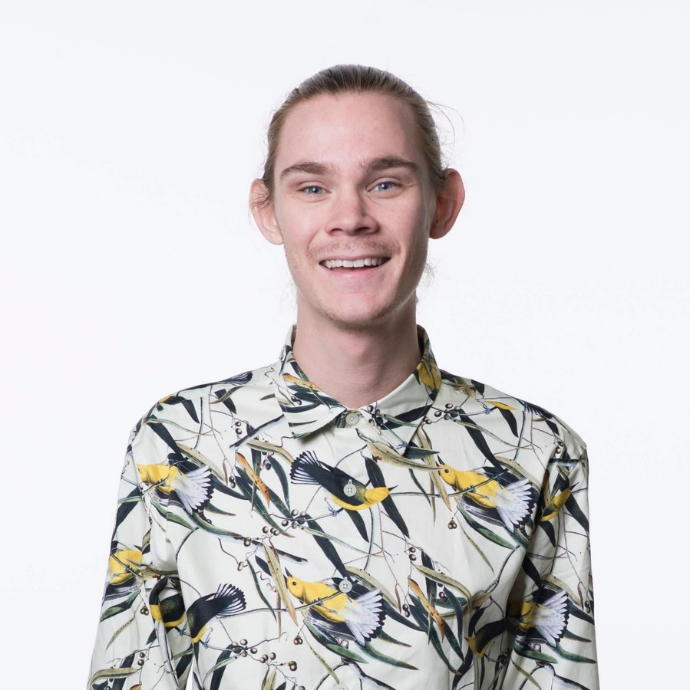 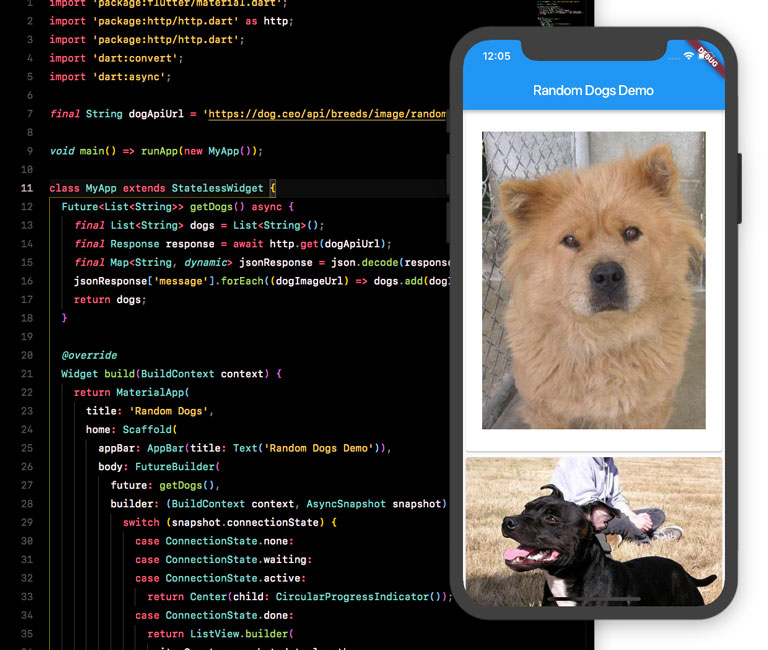 Over the last six months I have been experimenting with Google’s new mobile development platform, Flutter, on some side projects. I’m totally in love with it and pretty excited to start sharing some of what I have learned. If you’ve hit this page I’ll assume you already know the elevator pitch for Flutter, incase you don’t - here’s the short version.

Sound good to you? Well, to learn a couple of basic concepts we will be building an app that when opened fetches a bunch of random dog images from the web and renders them in a list of material cards.

Pretty cool right? You should be able to copy and paste the code from above directly into a new application starter and have a play around. If you have an easier time reading code that isn’t littered with my comments you can checkout a clean version on my github here.

Was this pretty cool, or am I barking up the wrong tree? Did I explain something totally wrong? Let me know. We’re all learning together (Flutter is still in beta after all!) so I’m open to any thoughts or feedback.

Until next time, be nice to your neighbors and try to build something fun!